The End of War

This is a repost of a chapter from one of my short stories.  It wasn’t very popular as far as likes, comments or views. It seems counter intuitive to beat that old dead horse again here.  I replay it because much is said about post traumatic stress disorder in service members but it’s not well understood by the public.  It can manifest years after the event as the memories suddenly drift in like a cold breeze through a forgotten open door.  Internal dialog of scenes long forgotten play out when and wherever they will – triggered by a thought, sound, a vision, a taste or smell.

The metaphor in this short scene speaks of the timelessness of the tragedy of man’s obsession with conflict and conquest.  We destroy in the name of religion, duty, honor and country yet love with all our heart and pray for salvation from that which we know we must do.  In the end, the awful price is tallied in terms of killed, wounded, equipment, property, and land destroyed.  But the cost also demands a permanent place in the minds of those that, for whatever reason, found themselves on the Devil’s playground consumed by a call to arms or simply a witness who had the misfortune to live in the riptides of war.  The cost is never fully paid because the end of war heralds the moment in history before the start of another.

The End of War 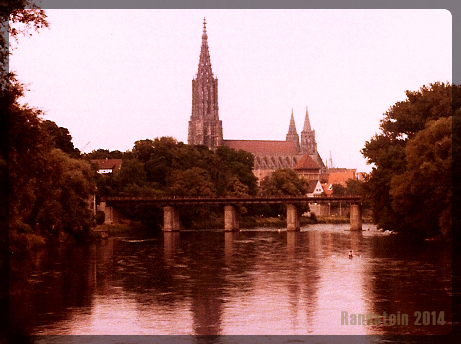 Only the dead have seen the end of war – Plato

I sat in the center of the sanctuary of an old church built in the Middle Ages surrounded by the crypts of knights, bishops, kings, and their ladies.  The organist played for a woman practicing for the next day’s service.  The great steam organ and pristine voice filled the volume of the church with Latin words and music melded into one harmonious sound.  I felt a great peace come over me as I fixated on the back of Sophie’s neck.  She knelt at the altar, deep in prayer.  We stopped often in the old churches of Europe.  She prayed in each for forgiveness of unspoken deeds in her past and to receive God’s grace.  Sophie prayed most for my soul to return to me and that I would turn away from my life consumed by violence and death.

I marveled at the symmetry of her body.  Her clothing hung loose on her in mild pastels and dark colors.  Still, Sophie’s athletic shape and long silken black hair accentuated the beauty of her features so modestly covered.  Her hands and solemn face reflected the shafts of colored light radiating through the ancient stained glass high above the altar.  The shadow of the crucifix lay on the stone floor, skewed in front of her.

I turned for a moment and glanced at the crypt of some renowned knight, his likeness lay atop the crypt adorned in his armor, his sword held in his hands at the position of present arms, the visor opened, revealing a fierce and stony face.

Music and song gave way to shouts of men and the cacophony of battle.  Bright flashes, ear-splitting cracks of high explosives, and the crushing shockwave from tank fire poured in from all directions.  Small arms fire rained in on an up-armored Hummer like hail blowing against a window pane in a spring storm.  The Gunner atop the Hummer was screaming obscenities and firing his weapon – hot brass cascaded inside the vehicle as the sounds, smells, and sights of battle raged.  The radio was barking, spitting, crackling with orders, requests, reports, and casualties.  The language of war was powerful and all-consuming.

The organ was quiet.  God’s siren flipped through sheets of music and whispered to the organist.  Sophie’s prayer concluded and she walked back to sit with me.  A beautiful calm enveloped her.  She sat down on the wooden pew next to me, her hand high on my thigh, the touch so light it’s almost as if she wasn’t there.  She leaned in playfully and asked in German if I was bored.  “I’m never bored with you or God.”

The organ began again, followed by the spiritual melody that drifted to the far ends of the sanctuary and echoed a hollow sound.  I sat transfixed on the Altar, likely changed little in the hundreds of years since it was first blessed and put into service.  In the seams of the great organ’s throaty notes and the breaths of the pitched soprano voice, I heard the screams of generations plagued by the avarice of rulers and those loyal to the divine right of Kings and Queens.

We stood to leave as the music drifted off with a last long note like the dying breath of those I left frozen in their last moment of life.  I gazed at the knight’s stony face.  He rested peacefully as the shadow of the crucifix edged closer to the spot where Sophie earlier asked God to hear her prayer.  As we walked out, the radio crackled again, requesting medical evacuation for the dead and dying.

Please leave a comment what you have to say is important. Cancel reply